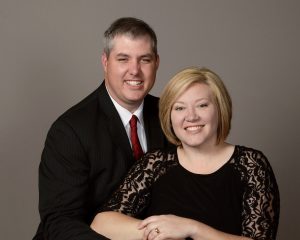 Rev. Jeff Kinder, along with his wife Tonya, has served as pastor at Rosedale Baptist Church since 2011. Jeff and Tonya met at Virginia Intermont College in Bristol, TN. While there, Pastor Jeff majored in Religion and Philosophy, and received his Bachelor of Arts in 2005. Jeff and Tonya were also married in 2005, starting their ministry journey together. They returned home to Russell County to start serving the people of Southwest Virginia.

In his spare time, he enjoys spending time on his farm in Hansonville.